Navigating Change in a Post-Pandemic ...

Aligning Your Coaching Culture to Org...

Getting to Pay Equity 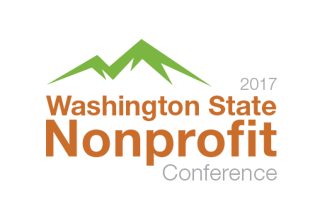 On May 17th, the 2017 Washington State Nonprofit Leaders conference held in Bellevue gathered over 700 nonprofit leaders for a day of networking, learning and new ideas. One of the tracks addressed nonprofit wages and compensation, including the gender pay gap. Melissa Merritt, Vice President of Executive Search at Waldron, joined Kristin Spangler, Women’s Funding Alliance and Marilyn Watkins, Economic Opportunity Institute, in a panel discussion focusing on Getting to Pay Equity.

As a sector, we are committed to equity in all forms. However, when it comes to pay, we are not living our values. A disproportionately high number of women work in the nonprofit sector, so we feel (and live) the impact of the gender gap even more acutely than other sectors. What can we do – as employers, leaders and equity advocates – to eliminate the gender pay gap?

As a panelist, Melissa spoke to the recent social sector leadership report, Hiring Best Practices & the Wage Gap, produced by Waldron, in conjunction with the Evans School of Public Policy & Governance at the University of Washington. The report compiles survey responses provided by executives and senior leadership teams of the largest nonprofits and foundations in the United States. Click here to download the full report.

We know that the root causes of pay inequity for women and minorities vary greatly. One particular cause gaining the attention of employers and regulators is the practice of asking “current compensation” during the job interview, offer and negotiation stages. There is growing sentiment that asking for salary history is improper, overly intrusive and is likely to be unfair to minorities and women. Read the full report.

Click here to learn more about Melissa Merritt, Vice President of Executive Search at Waldron, and her passion for helping place top talent.